With so many exciting destinations on our Travel Days around Greece, this will be a summer you will never forget - the best summer of your life! To learn more about the travel locations we visit while at Ionian Village, please click from a variety of links below and view the video. 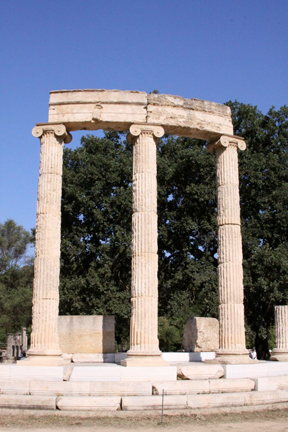 Once the site of the Pan-Helleneic Olympic games, Ancient Olympia holds the ruins of many public buildings, and temples dedicated to the gods and goddesses of the ancient times. The Olympic games date back to as early as 776 B.C., yet the Olympic torch is still lit here every 2 years. After an extensive tour of the ruins, we head to the recently renovated Olympic museum which, houses many early architectural sculptures, and famous statues. 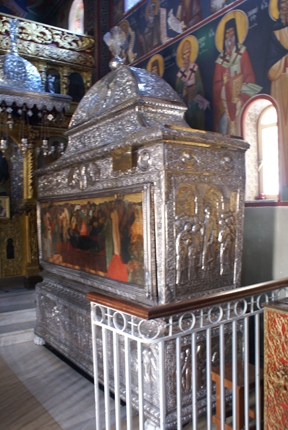 Kefalonia is one of the largest of the Ionian Islands, and it is where we visit the New Jerusalem Monastery and Church of Saint Gerasimos. The monastery was built over the cave that St. Gerasimos lived in as a hermit for the final 19 years of his life. His holy body, still intact, lies in the monastery. The Church of St. Gerasimos stands within the monastery walls, and includes beautiful, vibrant iconography that covers the entire interior and which is still being completed. After exploring the many uplifting aspects of the monastery, we venture to the other side of the island where we enjoy lunch right on the beautiful Ionian Sea, followed by free swim in the beautiful, clear water. 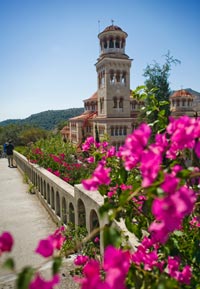 We travel by ferry to visit the beautiful island of Aegina, well known for its pistachios, and home to the St. Nektarios Monastery. Just canonized in 1961, St. Nektarios is a modern day Saint, still working miracles in the world today as one of the “walking Saints.” Always an emotional experience, we are fortunate enough to visit the tomb of St. Nektarios in the Monastery he began himself, as well as the new church dedicated to him finished in the early 1990's. While we venture off into the island, we have time for lunch and shopping during the day. 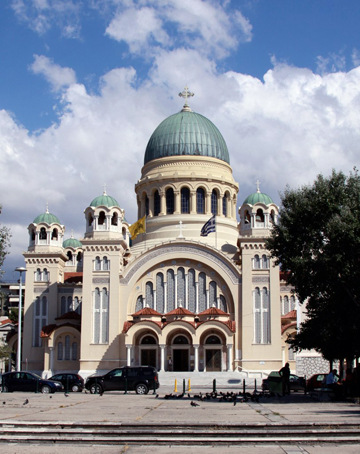 Here we visit one of the largest churches in all of Greece, the Cathedral of Saint Andrew. The new church was consecrated in1974 with and houses the relics of St. Andrew, along with the “X” shaped cross he was crucified on. To the side lies the old church of St. Andrew that was built in 1836, and was constructed on top of the site where St. Andrew’s crucifixion took place. After visiting the church, we take time to experience the city of Patras and all of its’ shops, ending the night with an outdoor dinner, overlooking the picturesque sun setting into the landscape. 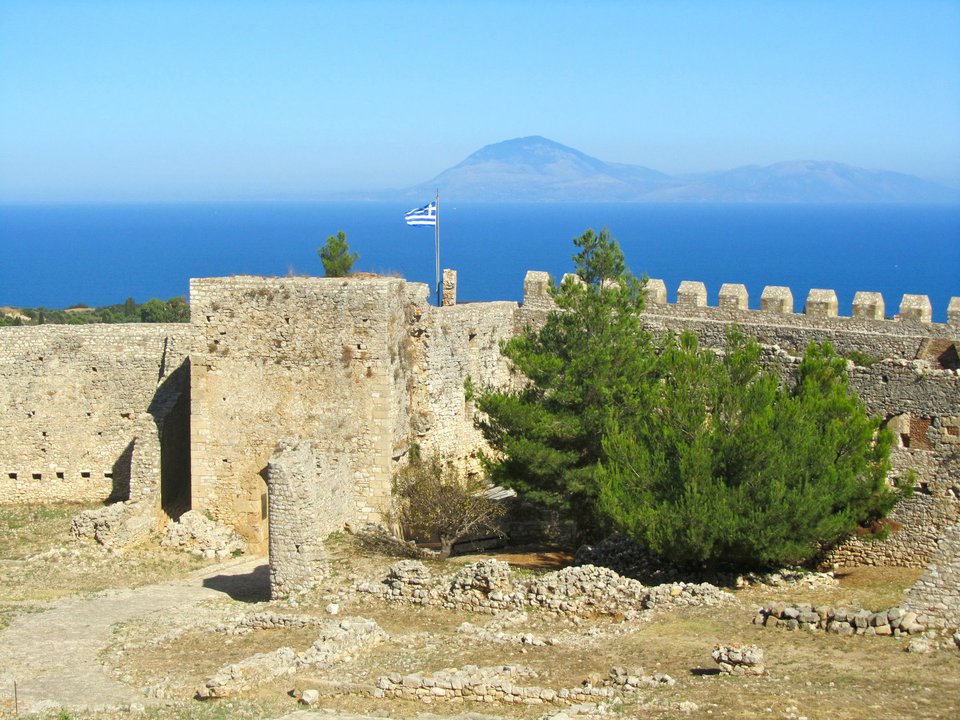 Originally built by the Franks as a way of control, Kastro Chlemoutsi was once the largest and strongest castle in all of the Peloponnese. The hill the castle was built on was named after the Greek word for turtle “chelonatas,” because of its’ resembling shape to a turtle. Controlled by many foreign powers throughout its’ time, Kastro was eventually taken over in the Greek Revolution in 1821 by the Greek people, and was used as a battleground against the Turks. After exploring the castle, we head into the town of Kastro, and visit the Church of Kimisis Tis Theotokou to venerate the relics of Saint Mamas. Saint Mamas was just a young boy when he was martyred and had a unique friendship with wild animals due to his devotion to a Christ-centered, ascetic lifestyle. Following a visit with Fr. Panayoti, the parish priest, we go for a relaxing morning break at a traditional Greek kafenio and sample some good Greek coffee with sweets. 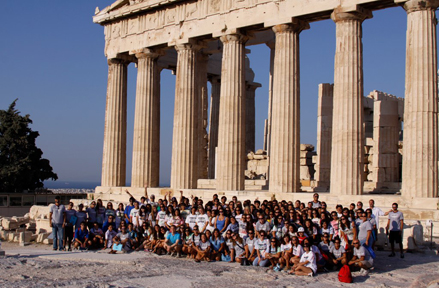 Athens is a hub of Greek culture, history and mythology, with its’ first habitant dating back to 3500 BC. While in Athens, we visit the Acropolis the “top of the city”, to marvel at the once Seven Wonder of the Ancient World, the Parthenon. The Parthenon, dedicated to the goddess Athena, was build around 447 BC. From there, we head to the new Acropolis museum which houses three galleries filled with ancient pieces from the Acropolis, Parthenon, and Archaic time period. The top floor exhibit of the museum continues its’ battle for the original pieces of the Parthenon Marbles. Cement reproductions are currently showcased in the exhibit as they continue to fight Britain hard to bring the pieces home. In Syntagma Square, the open space in front of the National Parliament building lies the Tomb of the Uknown Solider. The tomb is guarded by the famous Evzones, an elite unit of the Greek army, and is highlighted for visitors during its changing of the guard that we witness. Time is also given to explore the city’s premiere shops, boutiques, and cuisine in Monastiraki. 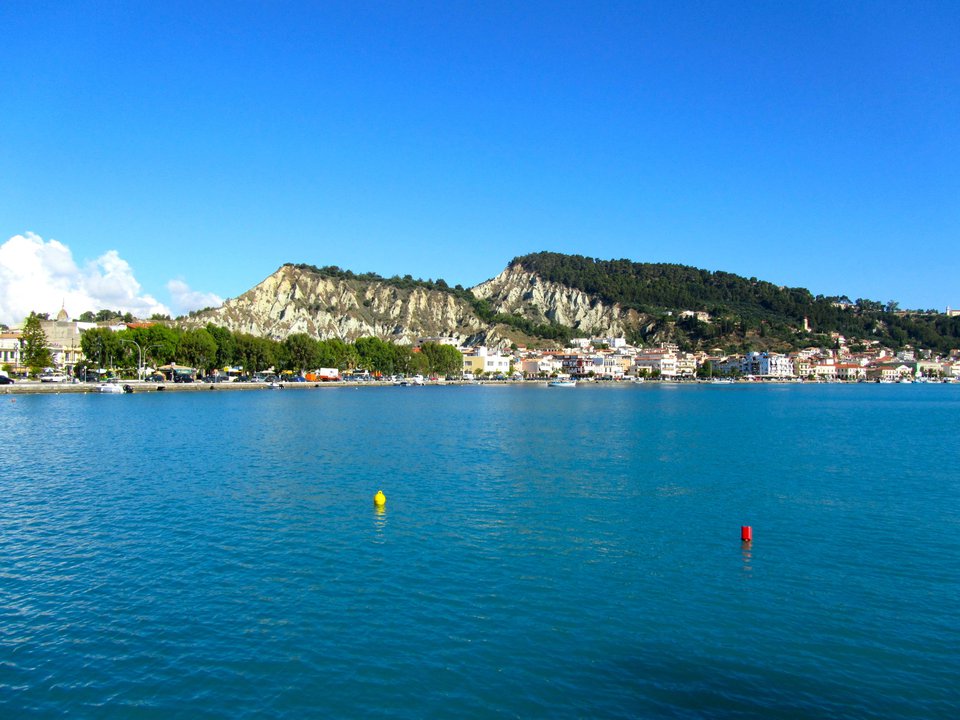 The closest island to Ionian Village, which can be seen on a clear day, Zakynthos is the resting place to the patron Saint of camp, St. Dionysios. Always providing a spiritually uplifting experience, we visit his church filled with unforgettable iconography, and venerate the still intact relics of the Saint. After this moving experience, we head to one of the many beautiful beaches of the island, to enjoy lunch and a refreshing afternoon swim. 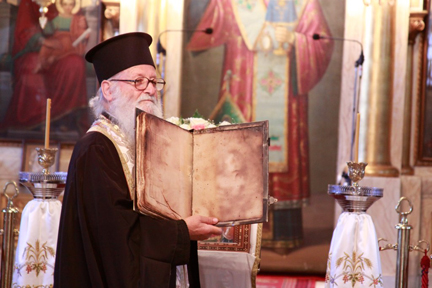 Heading out from camp, we first stop at Mega Spilaion or the “Monastery of the Great Cave.” This Monastery was founded because of the discovery of the miraculous Icon of the Theotokos that was written by Saint Luke the Evangelist. Made mostly of beeswax, it is recorded to be one of the oldest known icons in the world. After that, we head to Agia Lavra Monastery, which is known as the birthplace of the Greek Revolution. The Monastery of Agia Lavra and Mega Spilaion both hold important spiritual and cultural importance today, because during the Turkish occupation they helped preserve the national identity for the local people during that troubling time. It was inside the old church in 1821 that Archbishop Germanos of Patras held a secret assembly where he declared the Greek Independence, and the famous call “Eleftheria I Thanatos” (Freedom or Death) was heard. The region of Kalavryta once led the resistance against the German and Italian invaders. The village itself is especially known for the cruel actions of the German soldiers in WWll. After a lunch in downtown Kalavryta, we visit the church of Kimisis tis Theotokou, where Fr. George regales us with the courageous story of the Greek people and the true miracles that occurred in the church. Following our visit at the church, we make one last stop at the memorial sight before heading back to camp. 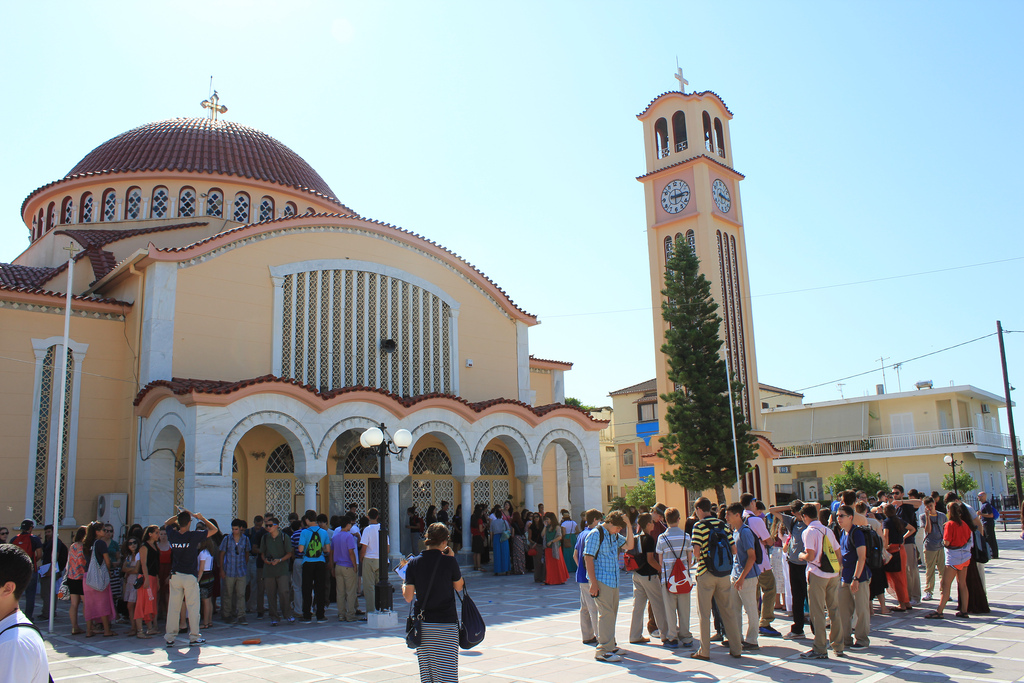 Not having to travel too far to enjoy a unique village experience, we visit nearby towns and their historic, and religious sights. The village of Bartholomio is one of the closest villages to Ionian Village. This trip gives us an intimate experience with the village lifestyle as we walk through the cobblestone streets and visit the Dormition of the Theotokos church. On our shortest stroll through the scenic roads outside of Ionian Village, we are lead to the village of Glyfa, where we visit the church of St. Marina and attend an evening vespers service there. Campers explore what both villages have to offer in their shops and restaurants.

The Monastery of Panagia Eleousa

The Monastery of Panagia Eleousa 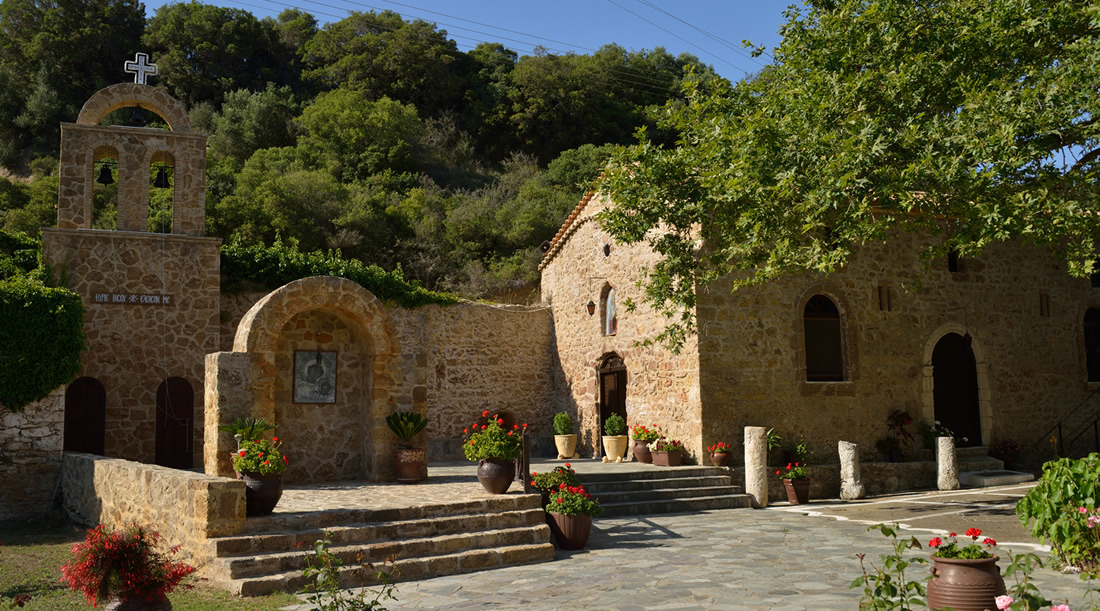 The Monastery of Panagia Eleousa dates back to approximately 800 AD when a miracle-working icon of the Theotokos was discovered. During the centuries of iconoclasm, many icons were hidden in order to avoid being destroyed. After the end of iconoclasm, many of these icons were miraculously rediscovered. The icon of Panagia Eleousa, the icon of the Directress at Mega Spilaion, and the icon of the Panagia Thalasomaxoussa in the Church of Saint Dionysios at Zakynthos all fall into this tradition. Interestingly, many of the rediscovered icons were of the Theotokos, and the tradition of her “reappearing” icons is often referred to as “Panagia Faneromeni,” or the “appearing Panagia.”

A shepherd with his goats found the icon of Panagia Eleousa in a cave in the rural area surrounding Glyfa. The cave contains a spring of fresh water that is considered to be agiasmo as both the icon itself and the holy water have been responsible for many miracles. Even though the area surrounding Glyfa has no natural springs with potable drinking water (the local population digs deep wells to find suitable water), the water that springs forth from the cave where the Panagia Eleousa was found is completely pure.

The structure of the Monastery as it exists today dates back to the 13th century. Parts of it were built at the same time as Kastro Chlemoutsi, and the big tower in the center of the monastery has a secret underground passage that once led directly to the Kastro in case the monastery ever came under attack.

In the late 20th century, the Monastery housed a small community of nuns and continued to be an important religious site for the local people. Unfortunately, in 1979, the miraculous icon of Panagia Eleousa was stolen. Several years later, the water that flowed from the natural spring in the cave dried up. Sadly, the Monastery closed its doors as it seemed that God’s favor had been withdrawn from the little monastery.

Recently, the Presvytera from the Church of Saint Marina’s in Glyfa found a photograph of the stolen icon of Panagia Eleousa. Under the guidance of Papa Yiorgi who had recently taken over the Monastery in an attempt to reopen its doors, the picture of the icon was installed in the little church. As soon as the icon entered the church, the candles hanging from the ceiling lit by themselves and started swinging. This continued for the entire three hour installation. Shortly after the icon was brought back to the church, the spring in the cave also began to trickle again.