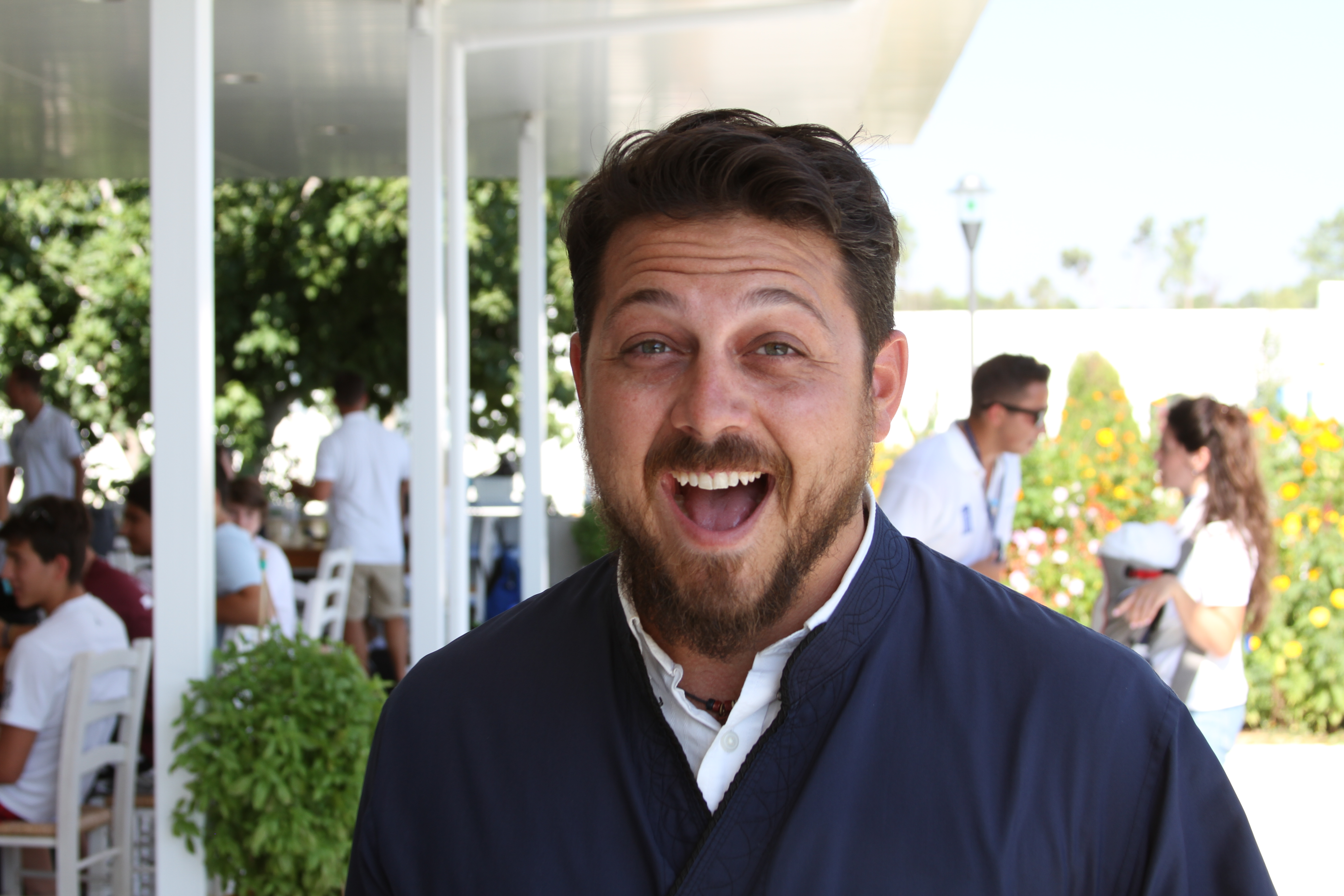 In the summer of 1995, Father Evagoras first stepped foot on the Ionian Village campus, then only 12 years old. Accompanying his dad, who was serving the camp as one of the clergy, and along with his mom and brother, he fully dove into the Ionian Village experience. Running around that first summer as a PK, he instantaneously fell in love with Ionian Village.

Over the next 20 years, Father Evagoras has returned for 10 summers at Ionian Village. Participating in the camping program as a PK, a camper, a Staff member and now as the Director, Father has experienced every facet of Ionian Village and is very conscious of the remarkable spiritual and cultural impact Ionian Village has had on the Greek Orthodox community.

Camping ministries have had left a lasting impression on Father Evagoras, and he has been a part of several programs including Fanari Camp of the Metropolis of Chicago, Camp Saint Paul of the Direct Archdiocesan District, and Summer Fenn Day Camp, of Concord, Massachusetts. In an effort to offer the camping ministry to as many young people as possible, in 2013, Father started the IV On-the-Go program, focused on bringing the Ionian Village camping ministry experience to the parishes of the Greek Orthodox Archdiocese.

In addition to his ministry at Ionian Village, Father Evagoras served as the Director of Youth and Young Adult Ministries for the Direct Archdiocesan District, the Presiding Priest at St. Peter's Greek Orthodox Church in Riverdale, New York and as a member of the Religious Education Committee of the Direct Archdiocesan District. Currently, in addition to Ionian Village, Father serves as the Spokesman for Saint Nicholas National Shrine at the World Trade Center as well as serving on the Youth Committee of the Assembly of Canonical Orthodox Bishops as the Representative of the Chairman, Archbishop Demetrios. When not traveling to promote Ionian Village or to lead an IV On-the-Go retreat, Father Evagoras serves at various parishes throughout the Direct Archdiocesan District.

Father Evagoras holds a B.A. in Communication Studies from Monmouth College in Monmouth, Illinois and a Master of Divinity from Holy Cross Greek Orthodox School of Theology. His wife Maria (Calender), of Bethesda, Maryland, has also participated in Ionian Village as a camper and staff member for multiple summers and is a part of the Senior Staff that oversees the year-round ministry and executes the program at camp. Together, they have two sons, Christopher Andonios and Yianni Andrew, and they look forward to every life-transforming summer at Ionian Village! 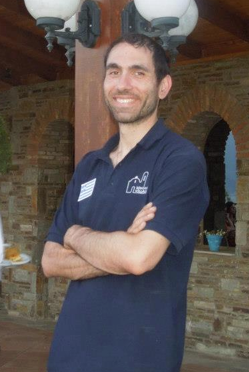 Konstantine has been involved with Ionian Village since the late nineties. During his time at camp, Konstantine has participated in every aspect of being a staff member; he has led several cabins, served on the office staff, led Orthodox Life sessions, and was the Program Coordinator. Konstantine has been an active part of the continual development of the Ionian Village program over the past decade or so, contributing to the adding of fun and exciting activites as well as new excursions for campers.

He is a graduate of the University of California at San Diego (B.A. in Creative Writing), Notre Dame de Namur, and Holy Cross School of Theology (M.Div). Currently, he teaches at the Graduate Theological Union. Konstantine is the director of education and youth at the Church of the Holy Cross in Belmont, California. 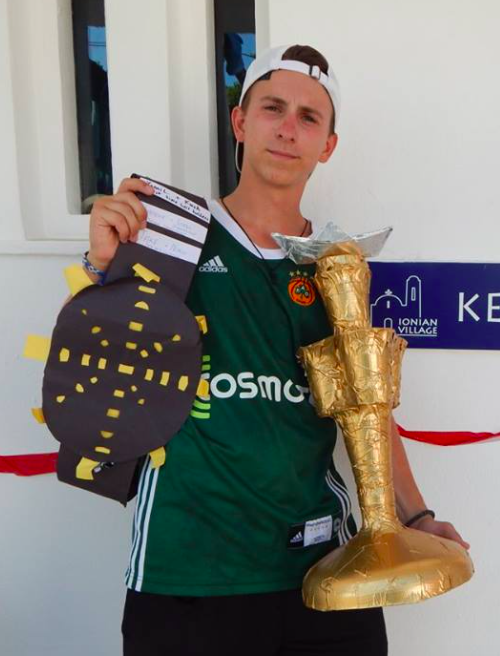 Alex has been part of the Ionian Village family since he was a camper in 2010. In the summers of 2015/16 Alex returned to IV as a staff member. After graduating from Fordham University with his degree in management, Alex spent time in Target’s management track. However, after 3 summers at IV he decided it still wasn’t enough! At the start of 2018 Alex rejoined IV as the Program Director. He is excited to build upon his former experience in youth ministry, and give campers the best summer of their lives!! 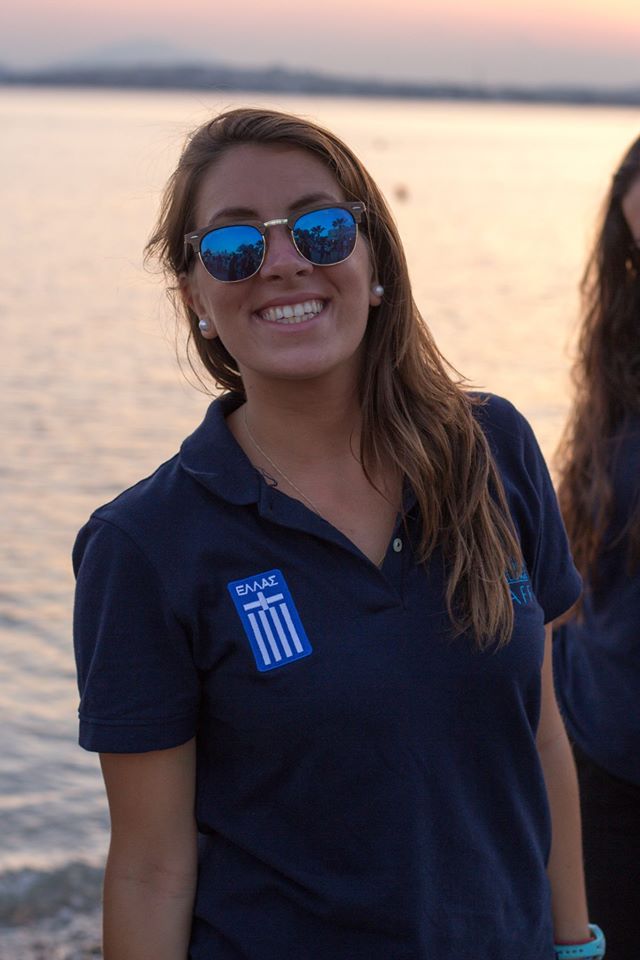 Demi returns for her fourth summer serving Ionian Village. After adopting her nickname “The Intern” during her first year in the NYC office, Demi returned as a staff member. For the next two summers, she guided and inspired campers throughout their spiritual journey. While she enjoyed endless amounts of tzatziki and a Grecian tan, she is now back working behind the scenes in the NYC office. I guess you could say that Demi is here to stay! Demi enjoys her frappes sweet, her music country, her summers long and most importantly the Yankees in the playoffs.