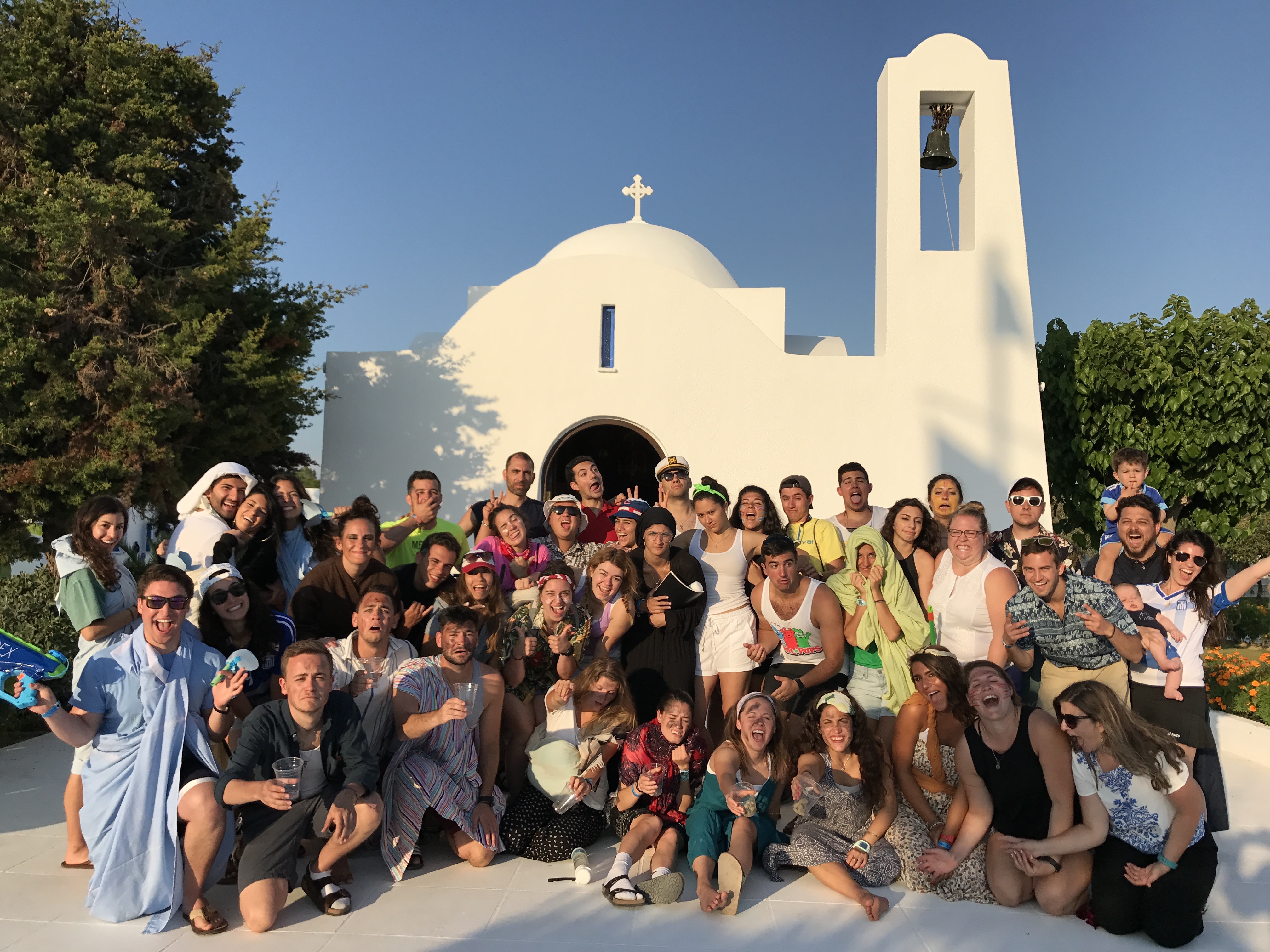 View from the Breezeway

Last year, as Maria and I packed up after another successful summer of Ionian Village, I looked around the camp and was happy. After five years at the helm of this massive and life-transforming ministry, I finally felt that we had reached peaks unseen in years. The camp facility was running more efficiently than ever before: we made several major upgrades to the campus, we built relationships with the local townspeople and our neighbors, we modified the daily schedule and each of our excursions to maximize the experience for our campers, and we did it all while continuing to bring our Staff and campers into a loving and meaningful relationship with Jesus Christ. I was happy. As we pulled away from the camp, I wondered when I would return, as I didn’t think that the camp would need the constant attention and renovations that we had been doing over the past several winters. We pulled away happy, feeling a sense of pride and satisfaction.

You all know what happened next. Eight days later, I was back in Greece, this time looking at destruction all around the campus. The beautiful facility that had served as the home for thousands of Staff and campers over the past 46 years was scarred by the devastation of a tornado. The aftereffects of the storm resulted in the removal of over 700 broken or damaged trees, along with numerous walkways, windows, doors, and other permanent fixtures of the camp. In addition was the complete destruction of the electrical, plumbing, and irrigation systems of the camp. In those first days, we surveyed what needed to be done and I quickly became overwhelmed at the scope of work to be completed.

At the same time, I was overwhelmed at the response from our family of friends and alumni. We launched an online donation system, and within 24 hours raised over $30,000. In the first week, we closed in on over $75,000. Over the next months, donations continued to stream into our office from all across the Archdiocese: from a former camper who signed up to donate $5.00 a month, to parishes and local Philoptochos and GOYA chapters, to our national organizations, AHEPA, National Philoptochos, and the Metropolis of San Francisco FDF. Then in December, in an unparalleled showing of love and support, Leadership 100, in a unanimous decision, gifted $250,000 to the Renew IV campaign.

With this outpouring of support, work began almost immediately after the tornado. By the Grace of God, and the dedicated work of our contractors and vendors in Greece, we are on schedule to have the camp completely ready for Summer 2017. This work was met with some pain, tribulation and struggle, but the response from across the Archdiocese, and indeed the world, shows each of us what an important ministry Ionian Village is in the Greek Orthodox Archdiocese of America.

While the grounds will now be different, our team here in New York has been working all year long to ensure that even in the face of this unexpected difficulty, the quality of our program would not be affected, but rather will only get better. Ionian Village has always been more than just a summer camp. It was conceived as a “golden bridge” to connect Greek-Americans to their roots. Our mission now is the same as it was in the 1970’s: to enrich the lives of campers and Staff by bringing them into close contact with their Orthodox faith and Hellenic heritage. This is something we do not take lightly, and we look forward to welcoming a new group of campers and Staff to Ionian Village this summer!

So as we embark on another summer at Ionian Village, please join me in prayer for all of the Staff and campers that will be a part of this amazing experience. Pray that even though the campus is changed, God and His saints will continue to open the minds and the hearts of our young people to hear His message of love and acceptance. Pray for all of us, as we pray for all of you, and have an amazing summer!

With much love and respect,
Father Evagoras